The history of paperweights had its beginnings in the early 1840s...probably first in Silesia (in Karlsthal) and then in Venice. Paperweights were first displayed at the Exhibition of Austrian Industry in Vienna in 1845, and within no time, these glass artifacts were being produced by glasshouses in France, England, Bohemia, Silesia and - a few years later - in the United States of America. Paperweights were also made in the 19th Century - on a much smaller scale - in Thuringia (in Germany), Belgium and Russia. 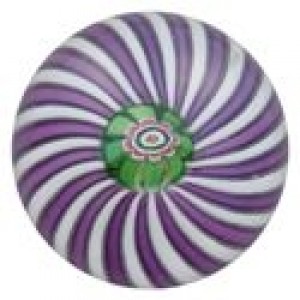